“It’s not The Voice of Holland here, but sexual misconduct also occurs at HAN”

Production on the Dutch talent show ‘The Voice of Holland’ halted abruptly last week after reports on years-long sexual misconduct by staff. What about misconduct involving staff and students at HAN, SAM asked confidential counsellor Ton Ammerlaan. What does HAN University of Applied Sciences do to prevent it? And is it enough?

A clique of show business heavyweights in John de Mol’s hit show thought they could get away with inappropriate behaviour. Until they were exposed last week. There was a similar affair at HAN a few years ago. It appeared that 3 lecturers behaved in inappropriate ways with female students. The national media took notice. A crisis team was set up, along with a helpdesk where people could report incidents. The affair resulted in an independent investigation and a lawsuit. The outcome: termination of employment. A rare exception?

No illusions
Ton Ammerlaan, one of 8 confidential counsellors at HAN, says HAN has a strict policy on conduct. “No illusions though: we too receive about a hundred complaints from students and staff each year about inappropriate behavior. These reports range from exclusion, bullying, sabotage and obstruction to open discrimination, sexual harassment and indecent assault. Both on and off campus.”

One in ten
The numbers are no better at other universities in the Netherlands. Ammerlaan: “Just last year, a study commissioned by Amnesty International found that one in ten female students encounter serious sexual misconduct during their studies. Similar studies on bullying and racial or religious discrimination reveal equally shocking figures. How many Muslim women endure condescending remarks about “those headscarves”? Or are even outright called terrorists. Looking for a job or internship? It’s challenging if your name gives away a non-Western, immigrant background. There are thousands more examples just like this. It’s all painfully common. More than many want to face.
We regularly discuss these findings with confidential counsellors from other universities of applied sciences and share insights, recommendations and best practices. So we can optimize how we work.”

“Inappropriate behavior is found in all walks of life”

Iceberg
And that is sorely needed, also at HAN, Ammerlaan believes. “HAN has 36,000 students and 4,000 staff members. It doesn’t take a rocket scientist to realize those one hundred reports we receive are just the tip of the iceberg. Fortunately, movements like Me Too and Black Lives Matter are also gradually helping us realize the scale of the problem.”

Every case is one too many
The confidential counsellors see it all: suffering both great and small. “The damage is limited for some. Certainly if someone is quick to raise the alarm and get the right support, it can tip the scales in the right direction. Others, perhaps out of fear or shame, carry it around with them and suffer for a long time. Whether the impact is great or small, there is always damage. Every case is one too many.”

Perpetrators
The perpetrators are from all walks of life. Ammerlaan: “Relationships of power and dependency often play a role. Sometimes circumstances may act as a trigger. At parties during the HAN Intro, for example, alcohol can be a factor. What is particularly striking is how widespread misconduct is. Perpetrators are just as likely to be found among staff as students. Sometimes it’s managers, other times it’s other staff.
Inappropriate behavior occurs at all levels, in all groups, in all walks of life. Old, young, male, female, light or dark skin, you name it.”

Sexy shorts
The response to reported incidents by perpetrators are no less diverse. Ammerlaan: “Student X will quickly understand a boundary has been crossed, apologize, learn from it, and permanently adjust their behavior. Colleague Y may downplay the incident. Team leader Z will insinuate that the victim provoked or caused the incident. It never ceases to amaze me what people will sometimes do to get away with something. Or to shift the blame, yes, to the victim: ‘Well, you weren’t wearing those sexy shorts for nothing.’ Or: ‘Do you realize what this will do to my career/family/marriage?’ So they blame the victim.”

Ears, eyes, options
What can people expect if they come forward and report an incident? Ammerlaan: “Confidentiality, sincere attention, a listening ear, understanding and empathy. And right from the start certainly also support and help to find options. Together we work towards a structural, preferably informal solution.
We’re not psychologists or mediators, let alone police officers, lawyers or judges. But we provide tailored solutions and have a large network — also among study coaches, who hear a lot of what goes on, and are often the first to hear about incidents.
Where necessary, we make referrals to other experts. This can be psychological support, victim support, but also help with filing a formal complaint, requesting an external investigation or reporting a crime. Of course, we only take steps with the consent of the person reporting the incident. They are and remain in control.”

Safe for everyone
The HAN confidential counsellors are supported in their role by the Executive Board: “They emphasize time and again that HAN must provide a safe environment for all who study and work here. This is a top priority for them. And there are no exceptions. Everyone is bound by our code of integrity.”

If not: report it!
Most people who have reported an incident are satisfied with the support offered by the confidential counsellors and the outcomes. “That’s good”, says Ammerlaan. But there’s still room for improvement. An example? “A number of student unions have also had to deal with inappropriate behavior. They take that very seriously. We are now working together to amend their regulations and codes of conduct. This also lowers the threshold for people to report an incident. These are good developments.”
Let’s all take that as an example, says Ammerlaan. The best approach, he says: “Do you feel unsafe? Report it. Have you noticed that something is not right? That someone’s safety is at risk? Report it. Safety at HAN is a joint responsibility!”

Would you like to contact one of HAN’s confidential counsellors? Take a look at their Insite page 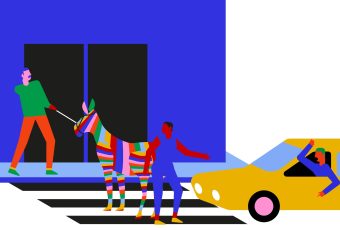 Iranians find support for protest at HAN: “We are with you”